Anti-war Journalist Julia Leeb and the Impact of the Unseen.

In our Faces series we introduce a number of inspirational women who live out their own vision of our world, of beauty, impact and curiosity, in both their private and professional lives. Amongst others we hear from Julia Leeb, photo journalist in war and conflict zones, who documents both violence and real humanity.

With a strong inner compass, and an emphasis on dignity, humility, and advocacy, Julia Leeb focuses on photography and its power to illuminate the people and stories that are often left out of media and visual culture. As a journalist, photographer, and filmmaker specializing in Virtual Reality, she has documented conflict in places such as the Democratic Republic of Congo (DRC), Egypt, Syria, Libya, Afghanistan, Sudan, Iraq, and Iran. Her widely acclaimed book, North Korea: Anonymous Country was published in 2014 and in 2017, she was nominated for the prestigious Peter Scholl-Latour award for her reporting on women in the DRC. Her recent book, Menschlichkeit in Zeiten der Angst [Humanity in Times of Fear] became a bestseller.

She believes that her job is to make visible the injustices occurring around the world, especially in the places that are so often invisible. Using both photography and Virtual Reality, among other mediums, she brings viewers into a moment to witness conflict and the impacts of political unrest. From her home in Germany, she spoke candidly about the lessons she has learned on the road, on assignment, and what motivates her to continue to make pictures. 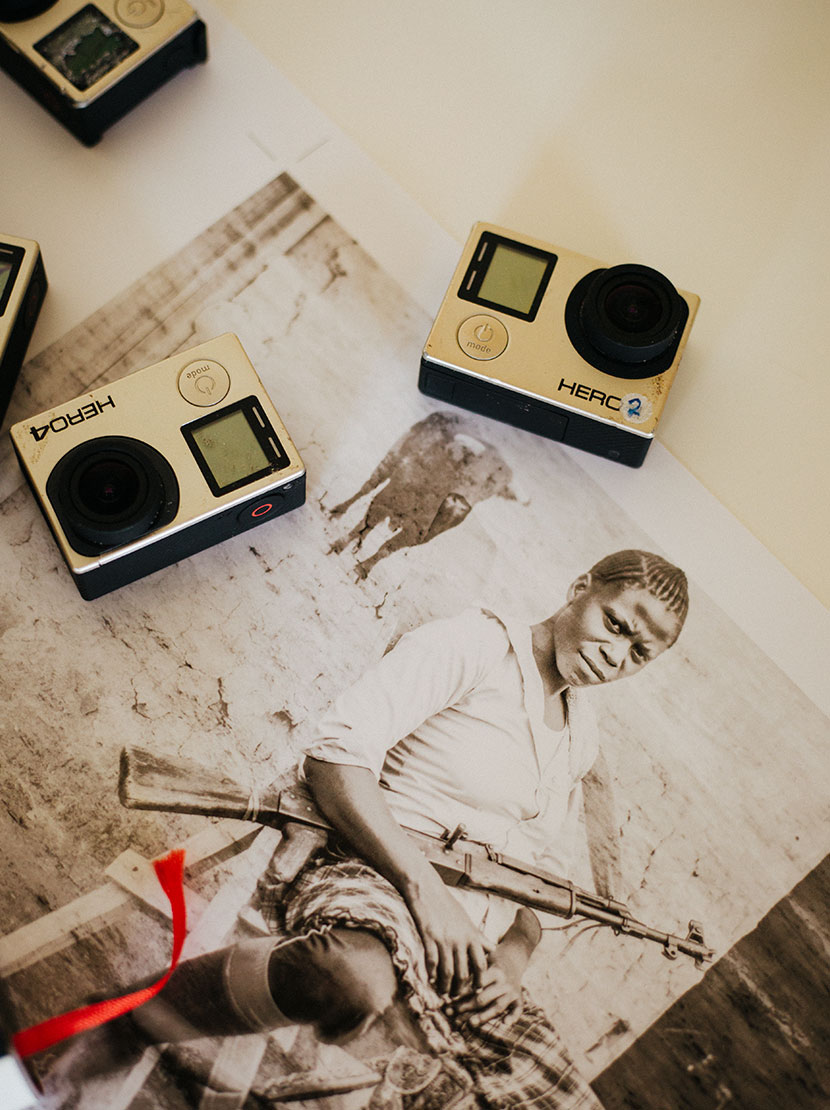 What prompted you to start taking photographs?

I'm German and my parents were born during the war. I never had direct contact with war growing up, but I believe that war doesn’t end when the last bomb hits the ground. War continues in the mind. And economically, the generation after the war was very privileged but mentally, there was still a feeling that everything can change in a second. When you take a picture, you can stop time for a moment. When you document a moment, it is yours and it is proof. Maybe my interest in photography initially had something to do with not wanting to lose this moment.

When I was fourteen or fifteen, I went to India and Myanmar and that trip was a turning point of sorts. I am lucky because my mother is a very courageous person. At that time, Myanmar had just opened up and it was a military dictatorship. I had an analog camera with me that I shared with my sister, and I understood that I had to document that trip. We were visiting places that I had never talked about with my friends or the parents of my friends. When I went there, it shocked me that nobody knew of these extraordinary places. I was compelled to document how wild, beautiful, stinky, cruel, and generous the world can be at the same time. Even if people are left out of our media, our conversations, our thoughts, they still exist. They know everything about us and we don't even know that they exist. This lack of knowledge about our world - the blind spots - motivated me to capture and share my experience. I also was exposed to different ways of living, beyond the German or Bavarian way that I knew and understood. That process was really fascinating to me.

I think that’s an instinct, or common sense. I don't take pictures of dead people. I also think grief is very personal. If a mother is grieving, that moment belongs to the mother, not the rest of the world. It’s pretty clear when it’s a more welcomed situation and when it’s not. I am talking to a Yemeni group at the moment, and they are encouraging me to come and document what is happening. They feel forgotten by the world and want what is going on to be seen. I can feel it when someone doesn’t want me to share their story, or they are traumatized. There are also ways to take a photograph without being intrusive.

If I am in the Nuba Mountains in Sudan, for example, or in Libya, there are different rules, and it is important to pay attention. I always have to adapt very quickly to a given situation. Other people might say, I want to take a very specific photograph of a particular woman, or a man in the countryside, etc. But you never know what you will see and it’s important to understand that you have very little control. This feeling of being out of control really makes me focus. I must be very present, and the world around me then feels much more immediate. I don’t think about Germany or newspapers, I just observe. In that clarity and trust, I am then very happy that I have this camera, this apparatus, that can transport what I am seeing.

There's conflict everywhere, there is conflict next door. How do you choose where you go?

I'm very interested in going to areas that people haven’t heard about. I am compelled by the blind spots. I haven’t been to Yemen, for example, but I have heard these stories that I can’t believe. Stories of women getting arrested in the street and being held hostage. How is nobody talking about this? How are there no images of this? How can something like this happen in the 21st century? We have billions of pictures circulating and we don’t have pictures of the innocent Yemeni women.

During the Iraq war there were hardly any images of Iraqi families. The images were of conflict, soldiers, or terrorists. Where were the everyday people? When I feel there is no proportional representation, I want to document to fill in the gaps. This is the same reason I wanted to photograph in North Korea. The pictures I knew of North Korea were of Kim Jong-un and military parades. There are over 25 million people that live in North Korea, but hardly any pictures of them.

What motivates you to continue this work?

Awful things have happened to me. I’ve been molested in my travels, and I have been attacked. During my work in Libya, there was a plan to have me killed. When you experience somebody trying very hard to kill you, and then you survive, it is a very powerful and emotional feeling. When I was strong and healthy again, I realized that this was a kind of testimony. They tried to silence me. If I were to stay home from now on, they would have won in the long run. I just can’t stand to be intimidated. If people don’t want witnesses, it is because they are doing bad things. We have the Internet, we have cameras, we have phones, we have journalists. And it’s our duty to stop systematic injustices from happening. And a way to do that is to document what is going on.

There are really good people out there who want to make a difference. My role is a small one. I am just an illuminator. My work makes things visible, switches on the light. This is what journalism does. I’ll add that I understood that women in crisis and especially women in war, are very strong and have deep instincts. When I am in the areas where women are treated poorly, it is evident in the economy, the education systems, the way of life. When I travel to places where women are treated with more equality, life is better. The economy is better, it’s more beautiful, children are laughing. How women are treated impacts every part of a society.

How has this work changed you?

I feel that it’s been a blessing. I see myself only as a transporter between worlds. If I hear about something going on and I can’t make pictures, the stories haunt me. It’s amazing what can happen once a situation is understood, or an image is seen. A lot of people end up helping just based on knowing more, and from seeing what’s going on in the world. Schools are started, programs initiated. There becomes a circle of good. I didn’t build the school; I only give a little bit of money. Others do much more. But these things happen. There is a circle of violence but that’s not all that’s going on. In Spanish you say, “Amor con amor se paga.” Love is paid by love, or love is rewarded with love. It’s not always the same person who gets the love back, often someone else, but I believe in this expression and have seen it play out all over the world. 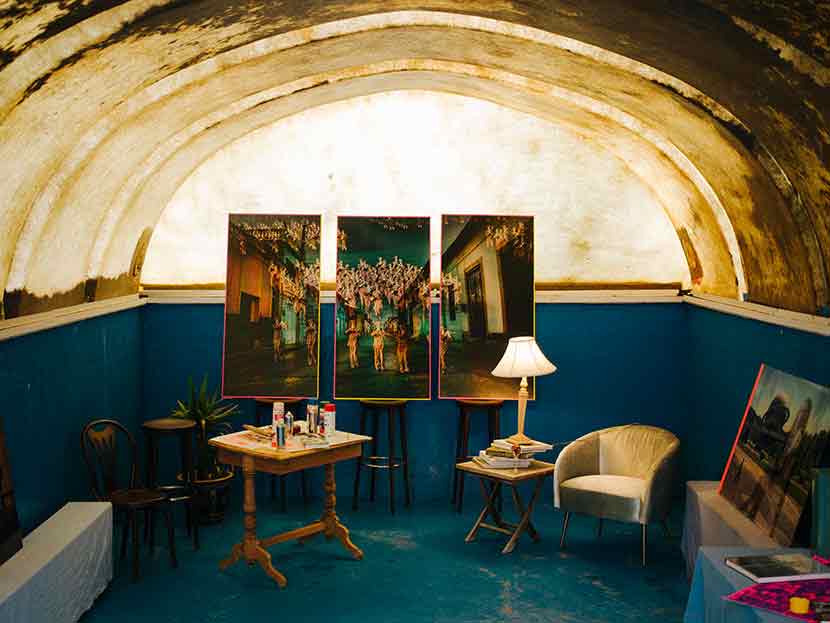 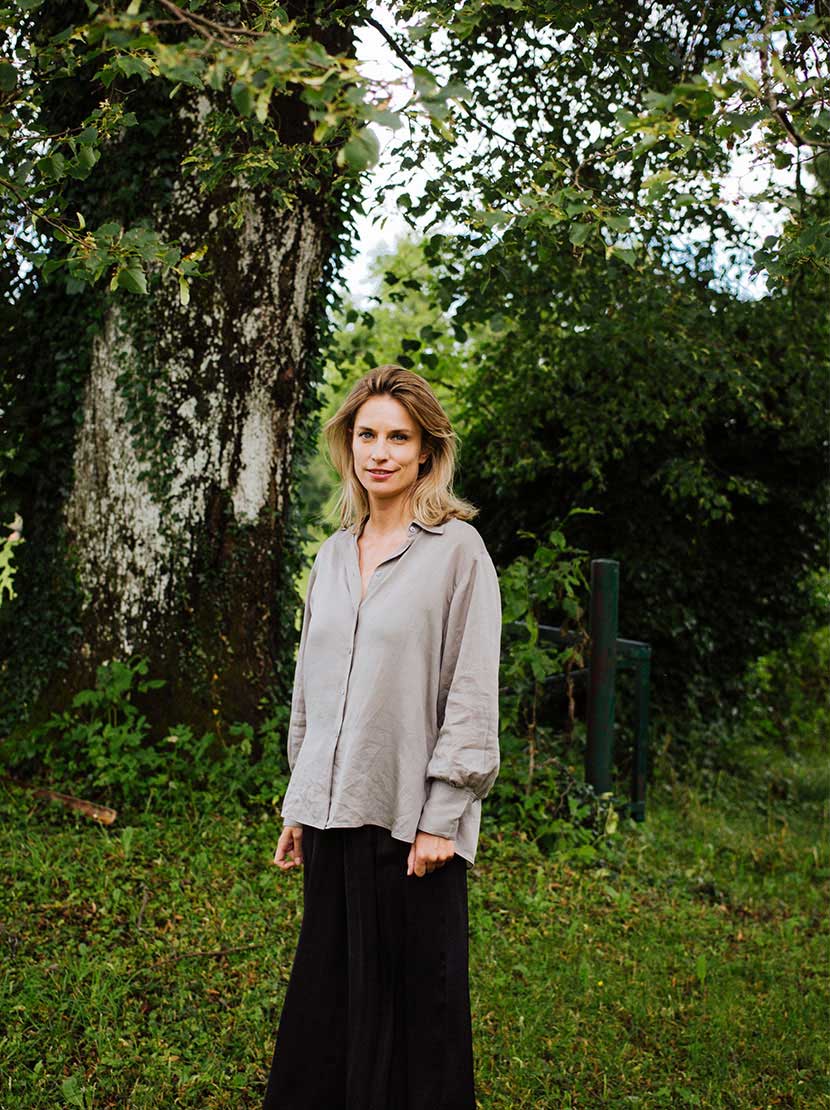 This interview is part of “A Different View On Cosmetics,” a content series produced in collaboration with Friend of Friends, Showcasing female creatives who challenge conventional ways of thinking within their field, each profile highlights women who share a sense of responsibility to create ecological, social, and economic change. With passion and conviction, these inspirational figures demonstrate integrity, innovation, and curiosity. Along with Julia Leeb, this series includes features digital fashion designer and innovator Amber Jae Slooten, and editorial director of The Lissome Magazine, Dörte de Jesus.