When WALA decided to transition to certified organic castor oil, it was discovered that this raw material was not available in organic quality anywhere in the world. But this could be changed, WALA raw materials purchaser Christine Ellinger said to herself in 2005, and began activating her contacts to organic farmers in India and to Satvik, an Indian non-governmental organisation (NGO). A motivated group of ecologically minded Indian farmers founded a NGO called Satvik in 1995. Its initial aim was to promote rain-fed farming, a method suited to the ecology of the arid Kutch region of northern India. After a strong earthquake killed at least 20,000 people in this district in 2001 and many survivors were struggling to maintain their livelihoods, it became all the more important to switch over to a method of farming that is less cost intensive and at the same time preserves or even improves soil fertility. Satvik’s efforts became more important than ever.

When Christine Ellinger, an ecotrophologist and agricultural scientist, approached Satvik with her question about organic castor oil in 2005, she came at exactly the right time. The farmers were already following organic criteria in their production, but had not yet received official organic certification. By providing financial support for Satvik’s advisory function as well as the benefit of WALA’s many years of experience, the company was able to help obtain organic certification for the entire castor oil plant cultivation and processing chain from the Institute for Market Ecology (IMO). This independent certification body tests ecological aspects of products, agriculture, processing, import and commerce for compliance with EU organic regulations. 2005 marked the beginning of a longstanding partnership that led to the world première of certified organic castor oil.

Next level: “Fair for Life” certification

Since 2017 the organic castor oil in Dr. Hauschka Skin Care products has also been „Fair for Life“ certified, a seal used to denote products from socially responsible, environmentally friendly and fair trade sources. The certification takes into account respect for human rights in a fair working environment, respect for ecosystem, promotion of biodiversity and sustainable agricultural practices. This is because, in addition to its ecological outlook, WALA Heilmittel GmbH sets great store by social standards. As well as helping to ensure a sustainable livelihood for its cultivation partners, it aims to contribute to improving infrastructures for education, water supply and healthcare.

Castor oil from “Fair for Life” production in India is ten percent more expensive than certified organic castor oil. This difference is paid to a separate account to be used specifically to finance projects in the farmers’ villages. In this case, the money is being channelled into a school in the village of Makhel where, in addition to the primary school, a classroom for upper secondary level students has been set up. This means that local girls – for whom the nearest school of this kind was previously 35 kilometres away – will now also have the opportunity to continue their education. Other projects financed by the “Fair for Life” fund include, for example, a drinking water tank and a computer for a small village school, and the construction of ponds to improve the water supply in the dry region. 2019, the harvest was very poor owing to the lack of rain. Because of this, many farmers have little or no income, which is why WALA paid 15 percent more this year rather than the usual 10 percent.

Nanalal Satra, the managing director of Indian partner Castor Products Company, is very much on the same wavelength as WALA, having spent many years working to improve living conditions for the rural population. As he himself explains: “Our company helped farmers to organise themselves in groups. We assisted them in planning their crops in line with market conditions and raised awareness of organic farming systems among small farmers.” This paved the way for the organic certification of the cultivation areas. The company also guarantees the suppliers fair prices for their castor beans at all times. Over time, the number of farmers supplying certified organic castor beans to the Castor Products Company for processing increased steadily. 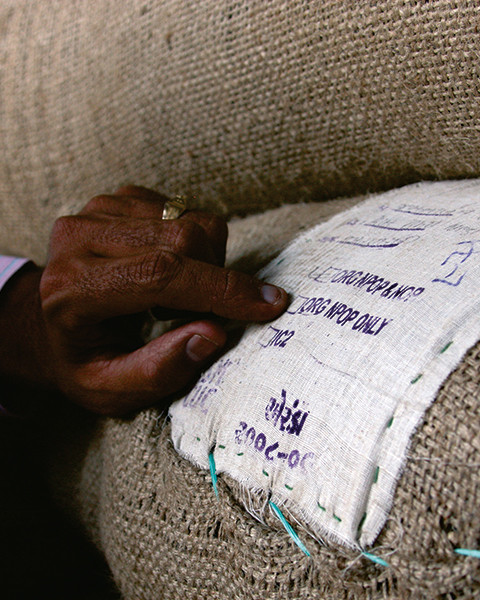 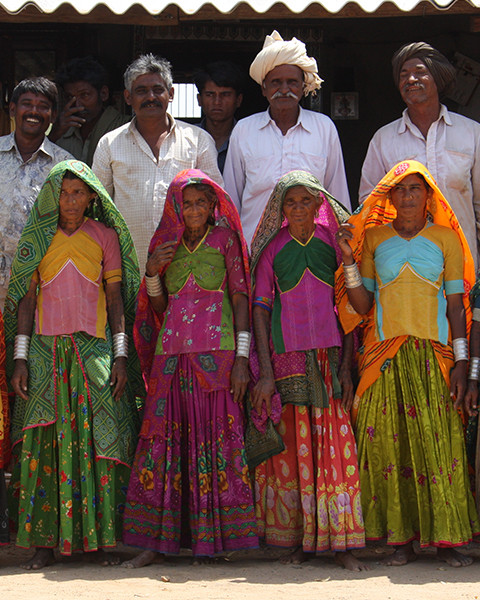 At the Castor Products Company, the castor beans are cold-pressed in a hydraulic press without added heat. This helps to preserve the natural ingredients, ensuring that the oil is of the highest quality and purity. Nanalal Satra has been processing and marketing castor oil for more than 28 years. In order to work together with WALA, he originally obtained organic certification and is now also certified as “Fair for Life”. The organic growers that supply him have profited from the transition to organic cultivation. Satra pays them roughly 20 percent more for their castor beans than they would receive for conventional castor beans, as well as covering the cost of transporting them to the oil mill. Nanalal Satra has used the increased revenues from the sales of organic castor oil to set up recreation rooms for his workers, to assist farmers in switching over to organic cultivation and obtaining certification, and to enable them to cook using biogas. Today the agricultural land of some 830 families has been organically certified, with 145 also bearing the “Fair for Life” label. At the time of writing, roughly 20 percent of area under cultivation is certified as “Fair for Life”. WALA’s aim is for all small farmers to eventually bear this label. At present, the farmers produce some 800 tonnes of castor beans on 2,268 hectares of land.